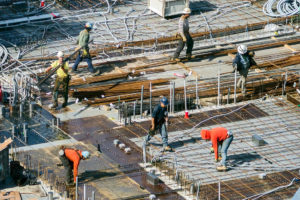 Growing calls to seek mutually beneficial relationships with Indigenous communities have pressured employers to increase the representation of Indigenous peoples in the labour market. Construction companies in particular have targeted on- and off-reserve Indigenous communities by offering skills training programs, hoping to provide long-term employment for Indigenous peoples. The construction industry in Ontario, and especially the GTA, offers vast potential to fill this gap as one of the largest employers in the province, in one of the most diverse metropolitan regions in the world, but with a still overwhelmingly white European workforce. Indigenous peoples are the fastest growing population in Canada. They will compose a growing share of the labour force, particularly in construction which is the third-largest national employer of Indigenous peoples. However, Ontario has the second-lowest share of Indigenous workers in construction and has not been as successful as the Western provinces in employing Indigenous workers for the long-term. We must assess the current status of employer, union, and community initiatives aimed at increasing the representation of Indigenous peoples. By way of statistical analysis and key informant interviews with employers, union officials, workers, and Indigenous leaders we will answer the following questions: What are the factors behind the lack of Indigenous workers in the construction industry in Ontario, and specifically the GTA? What have employers, unions, and community organizations done to remove barriers to Indigenous employment in this industry? What are the best strategies for recruiting and retaining Indigenous construction workers going forward? This six-months (December 2020 - May 2021) research project was launched in partnership with the International Union of Operating Engineers' Local 793, the Toronto Community Benefits Network, and Mitacs. Its outputs include an industry report, a journal article, and a public roundtable.